Women’s History Month stories often look to the past, honoring women whose achievements have had a lasting impact on the world. This year, why not turn your focus to the present? Discover leaders who are helping their fellow females across the globe—today.

Meet five women at the helm of nonprofit organizations making an impact! 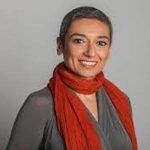 The daughter of Sadaam Hussein’s personal pilot stood up to oppression when she was just 23 by founding Women for Women International, a grassroots humanitarian and development organization that assists women survivors of war in becoming emotionally and economically self-sufficient. She stepped down as CEO in 2011.By then, Women for Women International had already helped nearly half a million women. Today, Laurie Adams leads the organization as it thrives.

Now, Salbi hosts #MeToo, Now What? on PBS. The series questions and analyzes societal norms that support the patriarchy, clearing the way for more women to stand up and roar.

We can help! On International Women’s Day, Women for Women International is asking everyone to send a message of hope and comfort to women living in the world’s most dangerous places. 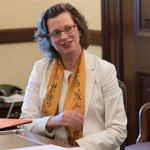 “When a woman is able to earn money, she reinvests it into her children’s education, health and future, catalyzing broader development within her community and through her nation.”

Since its founding in 1945, Care.org has been addressing needs across the globe. The organization now work in 93 countries and reaches 63 million people through 950 programs that range from disaster relief to food security and economic development. In July 2015, Michelle Nunn became CEO  after a career as a social entrepreneur. Nunn believes that empowering women and girls has the power to lift entire communities out of poverty—and that philosophy shines through in Care’s programs.

We can help! Care Action! is a citizen-based advocacy offshoot of Care.org. Sign the petition urging U.S. lawmakers to sign the International Labour Organization’s global treaty which calls for an end to violence and harassment in the workplace. 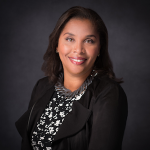 “If a woman wants to work, she should be able to work and have the tools she needs to succeed.”

The simple act of donating a suit to Dress for Success changed Joi Gordon’s life. Soon after, the attorney wanted to do more to help the international nonprofit that provides professional clothing and career advice to women, so she left her law career to help grow the organization. Now, Gordon CEO and has supported nearly one million women in 30 countries. Dress for Success provides clothing for working women —and opportunity. 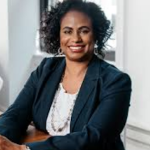 “I want to see a culture where we don’t even have to discuss gender diversity anymore; a place where every woman can realize her full potential.”

In 1987, computer scientist Anita Borg founded a digital community to help women in her field build a network. In 2017, Brenda Darden Wilkerson became president and CEO at AnitaB.org, the nonprofit that fulfills Borg’s dream of connecting, inspiring, and guiding women in tech careers. Throughout her own career, Wilkerson has used the power of technology to shape girls’ lives, including a position as director of computer science and IT education for Chicago Public Schools.

We can help! There are many ways to get involved, from speaking at workshops to helping select award recipients. Find out more here. 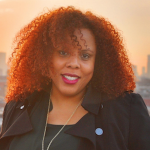 “We must cause strategic disruption that changes society’s moral compass around trafficking, sexual assault, violence against girls, women and gender nonconforming people of color.”

A former social worker, Smith founded Girls for Gender Equity (GGE), a nonprofit focused on changing the culture of sexual harassment in schools. GGE gives students the opportunity to own the change they want to see by cultivating leaders and training young women to lead workshops on harassment in their schools. Leading the way is Smith, who is co-author of Hey Shorty: A Guide to Combating Sexual Harassment and Violence in Public Schools and on the Streets.

We can help! If you are a parent, consider joining your school parent association to advocate for policies that keep all students safe from bullying and harassment.